A complicated, lifelong relationship with the printed word lies behind my exploration of books as both physical material and subject matter. A primary source for the collages in this book excerpt is the library left behind by my Anglophile grandmother Mary Löw, a citizen of the late Austro-Hungarian Empire and an avid reader of mediocre German translations of novels by British writers. These volumes—printed in many different old-fashioned blackletter typefaces, all equally impenetrable—were unwanted by libraries or collectors, and destined for landfill by the time I took them in. Their new life as art functions as reclamation of their value and, at the same time, serves as an uncomfortable recognition of the decreasing role of books in a digital media world.

Each collage in Shortest Stories contains a mixture of Old World illustrations, texts and figures from 1960s textbooks and readers, bits of sheet music, and other random ephemera. Gravure images from nineteenth-century novels and snippets from my grandmother’s letters mix with Dick and Jane–style pictures of happy girls and boys, or diagrams from outdated science books and encyclopedias. (Along with the books I inherited, there was a box of her letters, the contents of which are about as mundane as most emails now.)

I pair each completed work with an abbreviated fiction: a paragraph-long piece of writing from a group of one hundred such stories that I’ve written over the past five years. These are a mixture of memoir and complete fantasy, their styles ranging from hard-boiled detective novels to dystopian novels, from fairy tales to pulpy romance bodice-rippers. I write mostly in the first person because I find that it makes it easier for readers to slip from one story into the next. I’ve been writing these brief fictions and figuring out ways to integrate them with images since the late eighties.

Rather than functioning as illustrations, the collages are intended to represent complementary readings to the texts, and vice versa. Both words and pictures come out of the same set of experiences and ideas. The selection that appears here in Art Journal Open has been formatted specifically for this digital publication, but I hope to see the complete 100 Shortest Stories released in print as an artist’s book in 2019. In the meantime, many more of these works can be seen on my website.

Editor’s Note:
Hover over the following images to view Maria Porges’s stories. The images are best viewed on a desktop browser.

They were always giving us special tests of one kind or another. One day, a student from a teachers college came into our classroom, asking each of us to draw a woman. We had plenty of time, so I pictured her wearing a cowboy hat and a Western shirt with elaborate fringe. Afterwards, the student told us this was part of a Mental Quotient Score—the newest wrinkle in intelligence measurement. Naturally, when she came back again, I drew a bearded man with glasses and a typewriter (which I struggled to depict). Oddly, my scores for the two evaluations were exactly the same. 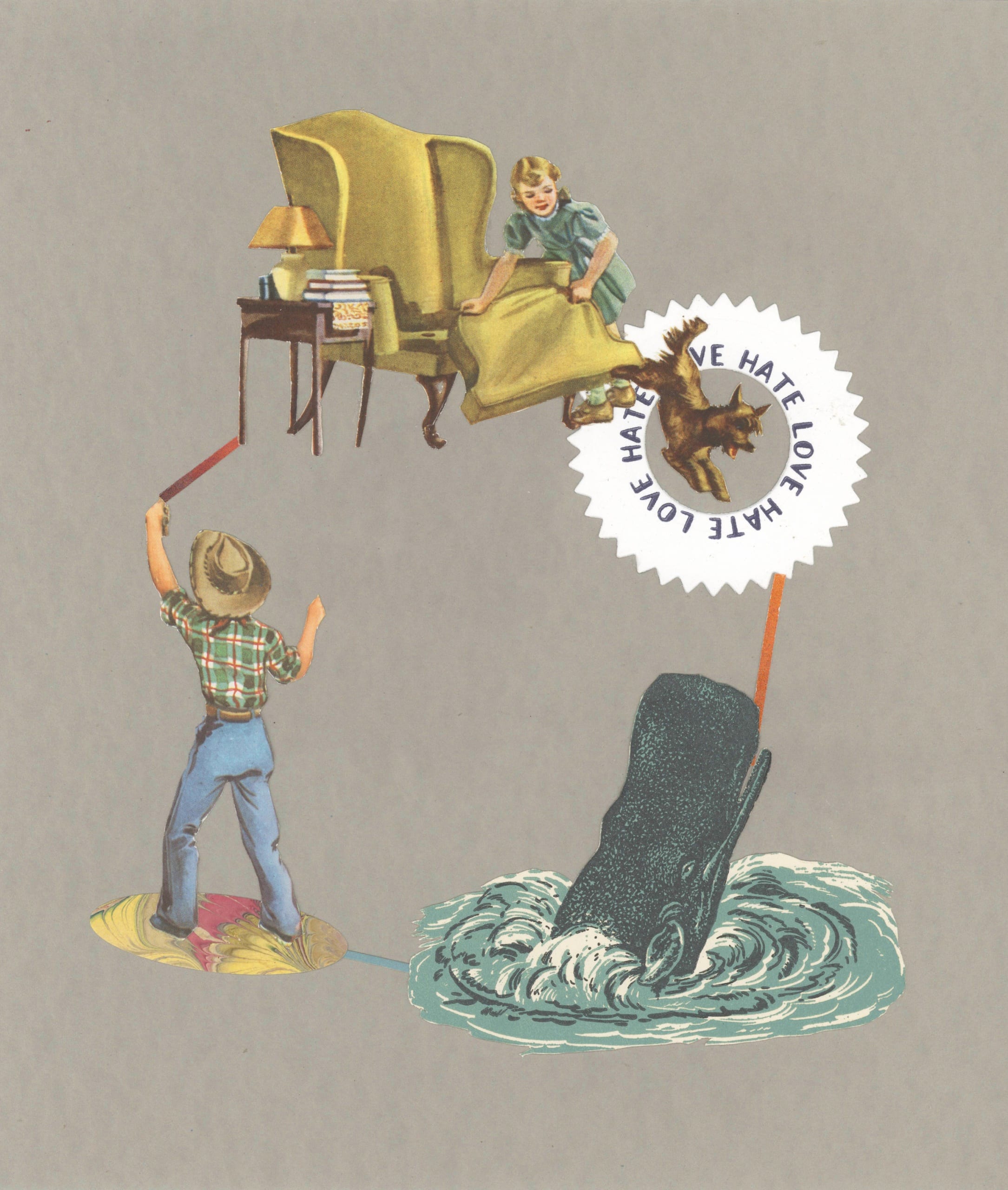 I knew we were in trouble when Gilbert announced, I’m gonna adjust the furniture. AdJUST it? I said. Are you crazy? You can’t tune the chairs the way you twist the dial on the radio, you idiot. But he didn’t listen. It was the chairs he was talking about, you know. He had short legs, Gilbert did. He was a small man with ugly little legs. They would dangle like a child’s during meals and attract the cat’s attention…so he got out his power saw and started cutting, but naturally, once he had started, he couldn’t get those things even again—and by the time he was done, that chair had nothing left to stand on at all. Well, I said, pretty disgusted. That answers THAT question anyway. What question, he snarls. Well, I reply, just what chairs would look like if our legs bent the other way. 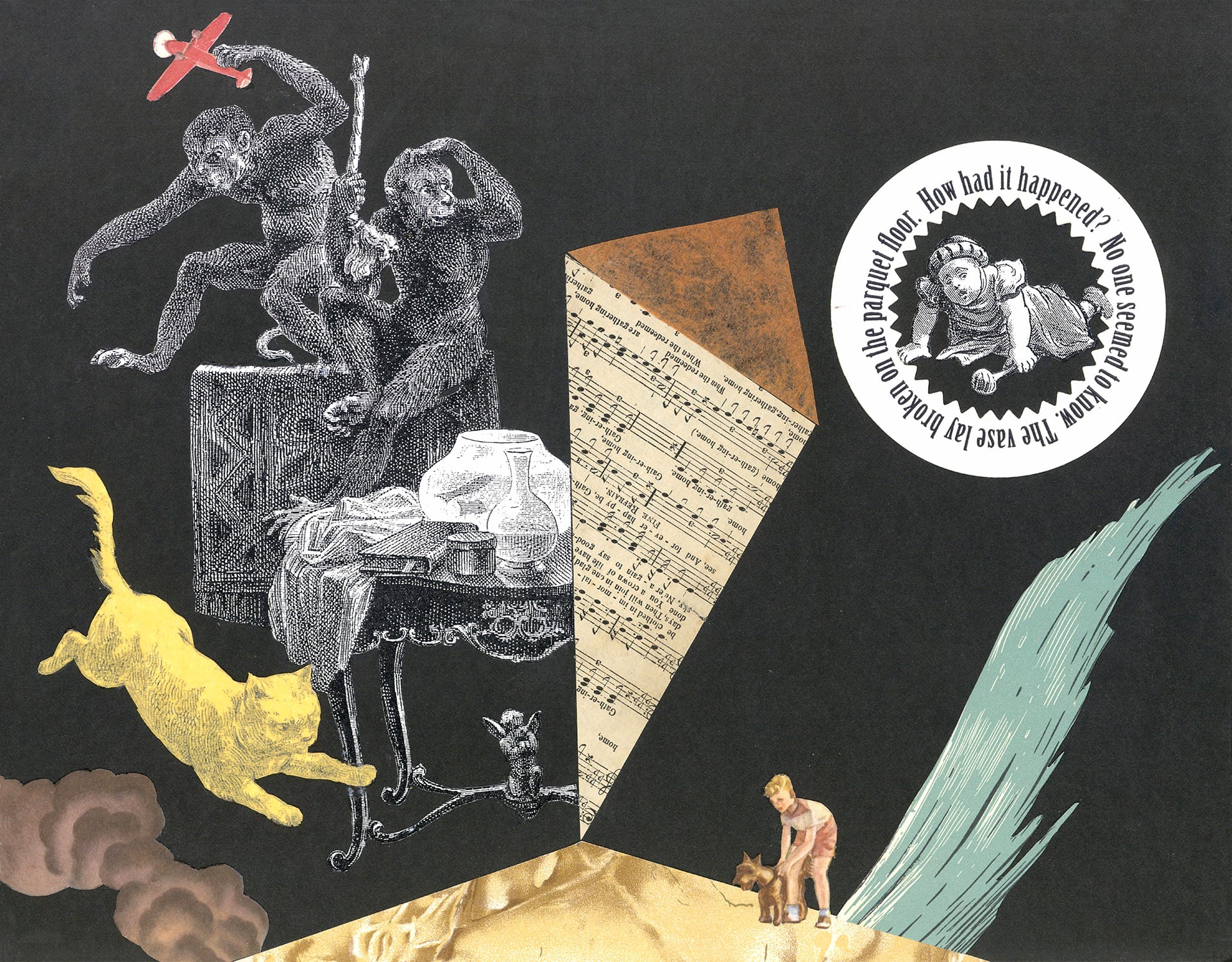 “I don’t know whether what you have is aptitude or fortitude,” she said with a frown. “But whatever it is, it better get your sorry little skinny ass up onto that stage and into the ranks of the goddamned employed, before another week has come and gone. It’s time you started paying your way, being fully growed and all.” My grandfather nodded. Sixteen was as good as a man back then, in a field where few lasted to forty or more. Adjusting his chaps and cowboy hat, he stepped into the spotlight, ready to strip. 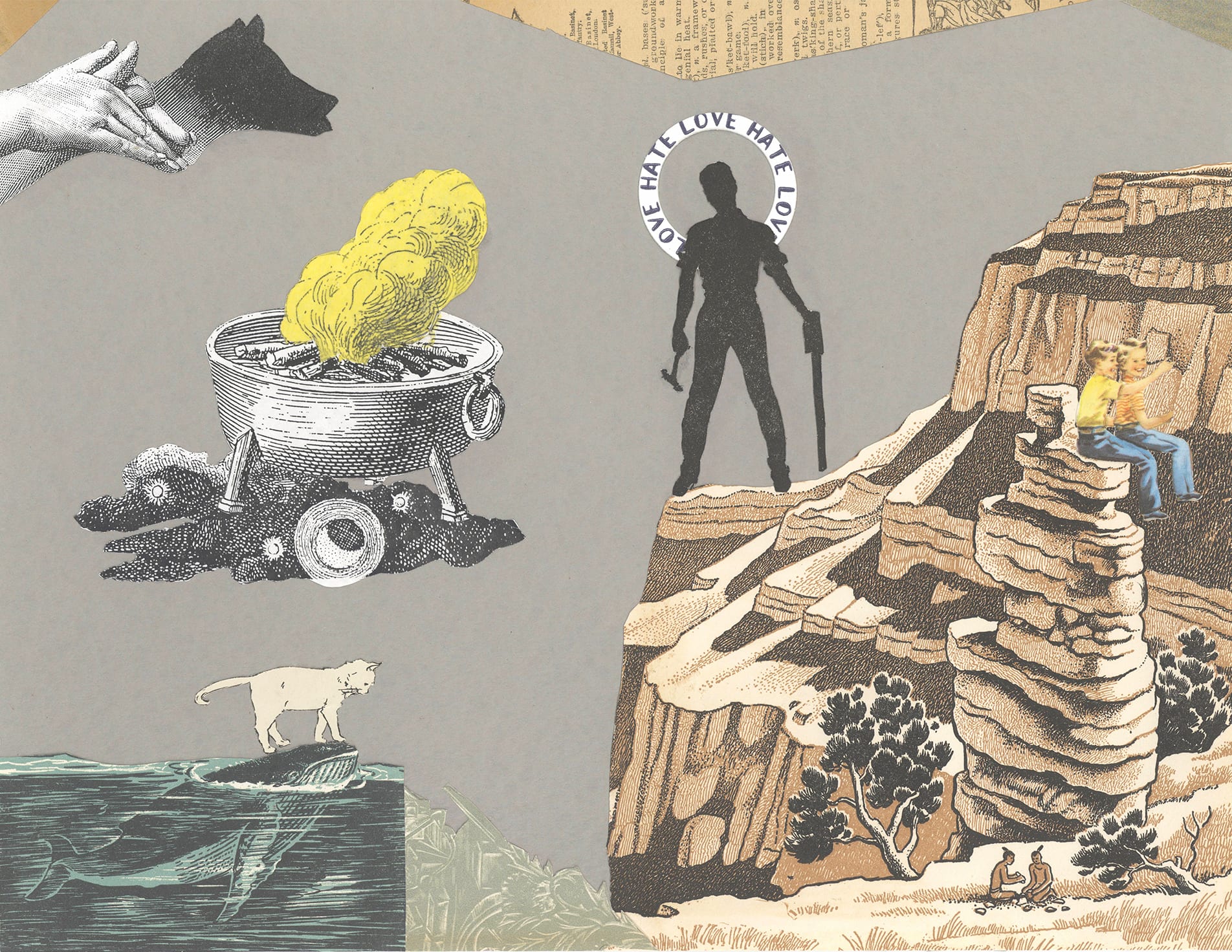 Just as a tree grows over the place where a branch has broken off, bones and skin almost always reknit if wrapped in a bandage’s comforting embrace. Some parts, though, unmapped in any anatomical guide, are harder to restore, even with the patient aid of skilled hands. No incision will ever reveal the bruised core of hatred, vena cava of desire. No machine will ever take a picture of the organ that plays old memories of grief. 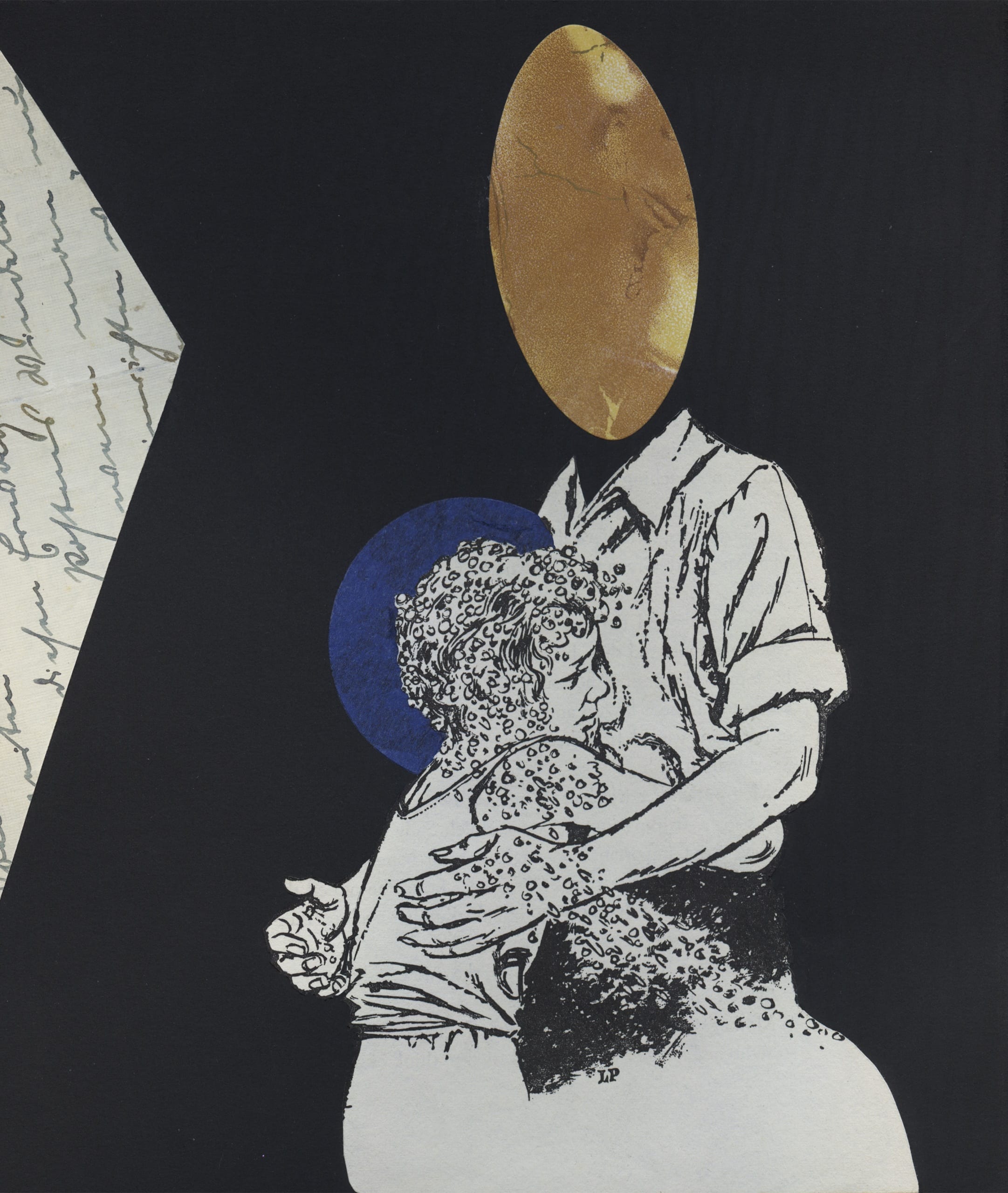 Her hair is curliest deep below the surface, at the nape of her neck, where only my hands ever manage to touch. I remember reading once that there are places in the South where this spot is called, with affection, the kitchen. Twisting the blondest curls into a braid, I reach deep down for the tighter spirals, darker than the rest, and pull them in, smoothing them out. Who will tend her hair when she finally leaves? She is much too old to be coming to me every morning, complaining of her tangles and knots. I stroke them gently into some kind of order, from the kitchen on out, and send her on her way. 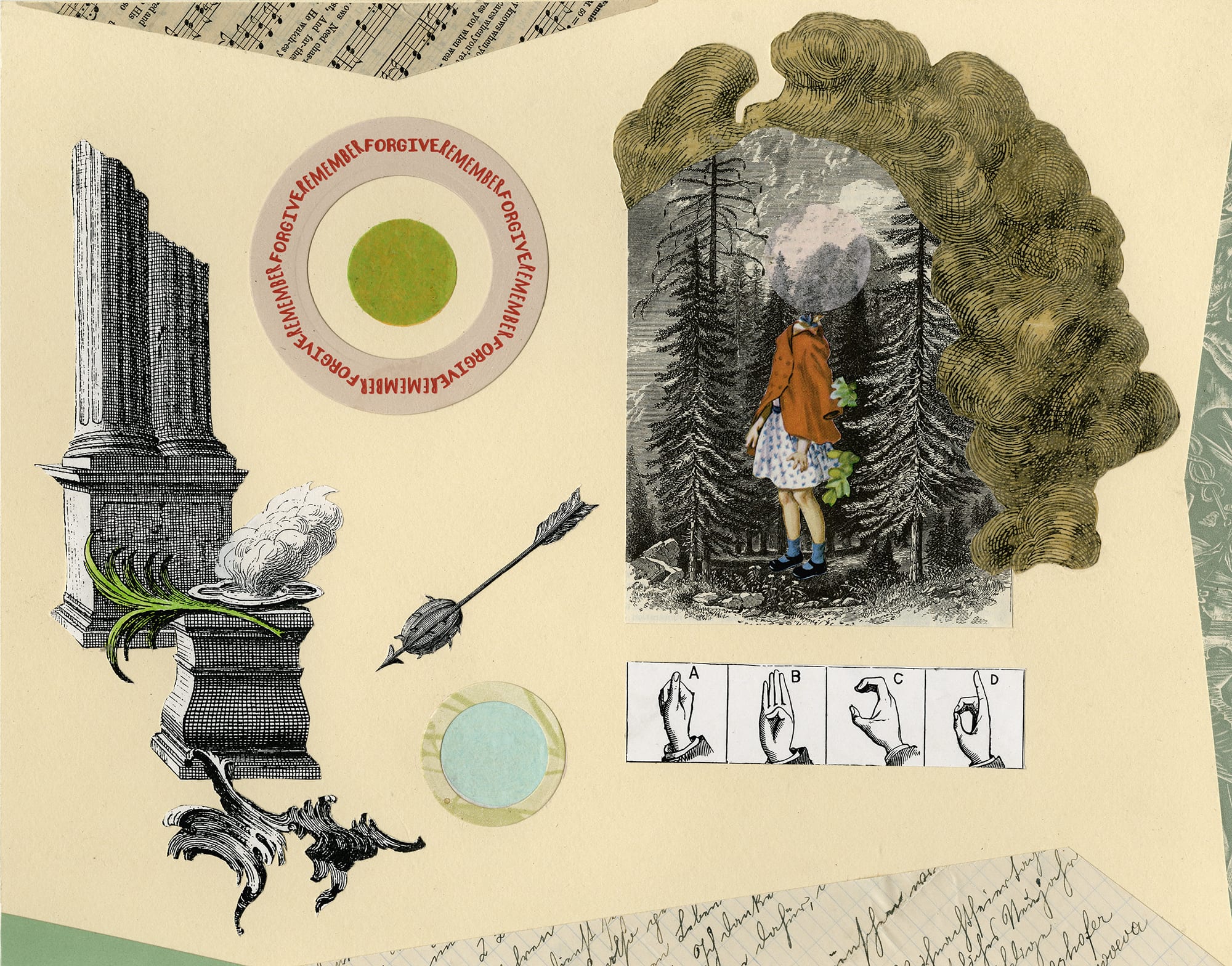 Why do birds sing at night? I wondered, as I slipped the window open, delicately lifting it a micron at a time to kill the squeak. In the first light of dawn, at dusk—when you start to pay attention, you realize that they sing a lot, but why at two a.m.? I thought about the cabin in the mountains where I woke to silence for 639 days, up too high for most forms of life. In parts of China, I’ve heard, there are no birds anymore: they’ve disappeared. Eaten, exterminated, or just plain lost. As I hung by my hands for a moment on the edge of the frost-damp sill, I imagined their absence. And then I was gone. 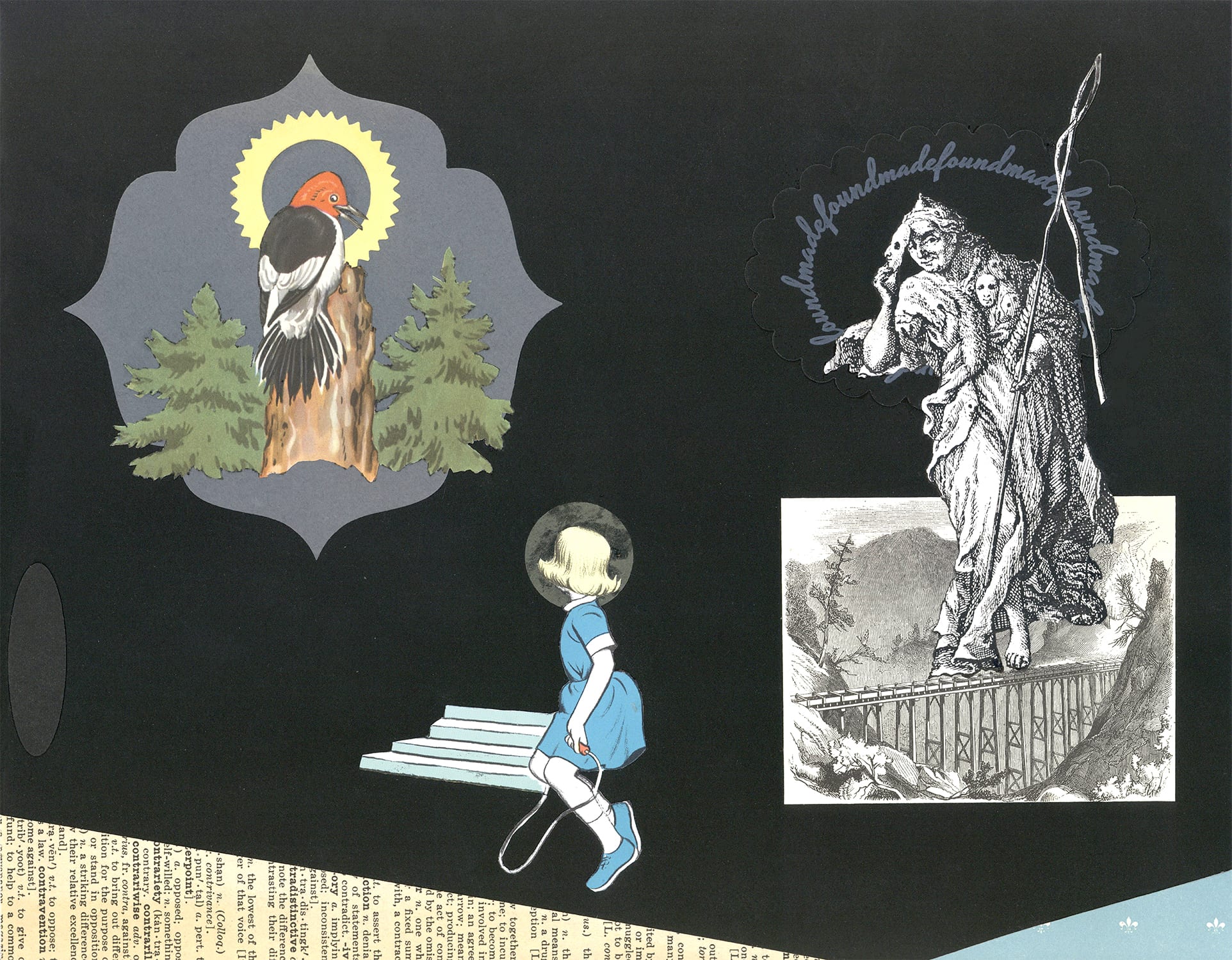 Maria Porges, an artist and writer, is an Oakland native. The recipient of a SECA award from the San Francisco Museum of Modern Art, her studio practice focuses on artist’s books, sculpture, and drawing; over twenty solo shows of her work include exhibitions at galleries, museums, and alternative spaces. She received a BA from Yale University and an MFA from the University of Chicago, and has taught or lectured at many art schools and universities, including Stanford, SFAI, Art Center in Pasadena, the University of California at Berkeley, Cranbrook Academy of Art, and the University of Iowa. She is presently an associate professor at California College of the Arts. Since the early 1990s, Porges’s critical writing has appeared in many publications, including Artforum, Art in America, Sculpture, Glass, the New York Times Book Review, and a host of now-defunct art magazines. She has also authored essays for more than one hundred exhibition catalogues and has twice been in residence at the Headlands Center for the Arts.